Home » Shop » Natasha T. Miller: I Bring Me To The Table

Natasha T. Miller: I Bring Me To The Table 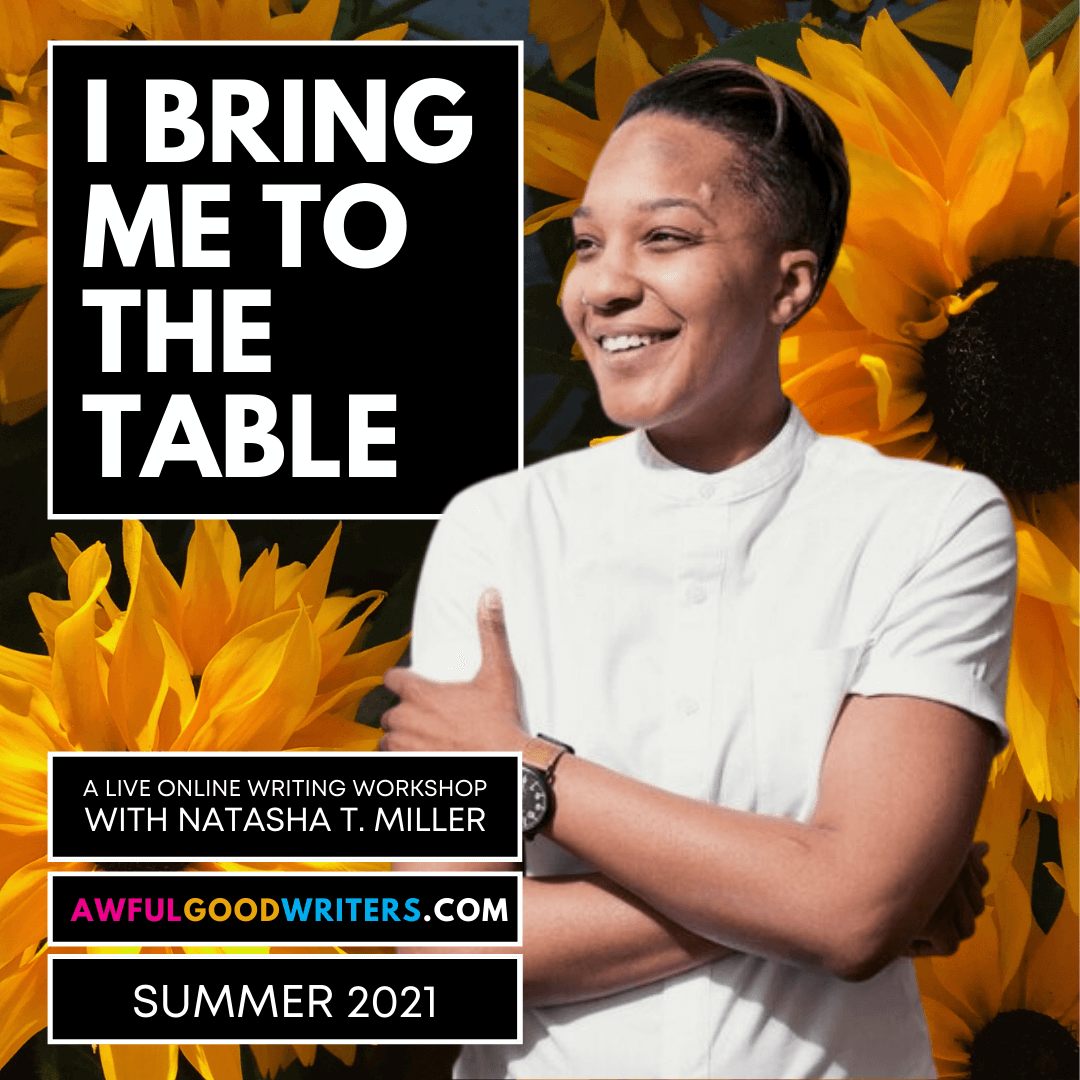 Show up as yourself in any room that you enter

“Showing up as your true authentic self as a poet takes less work than you’ve been told.  In this workshop, I am going to teach you the importance of showing up as yourself in any room that you enter. You can be successful with your own voice, your own story, your own style of writing and this workshop is going to teach you how. Aside from the videos and poems we are going to discuss, you’ll get a unique opportunity to ask me and some of my good poetry friends questions about our personal journey to success.

I’ve been black, queer, woman and grieving my whole life. I’ve taken all of those identities to places like Button Poetry with my debut full-length manuscript Butcher, to Vogue, to Elle magazine, to stadiums with more that 45 thousand people, and to national Sprite commercials and CNN ads. I’ve never once put myself on the back-burner, and I hoping that after this workshop, you always take yourself with you. I hear some really talented, kind, and successful poets are going to be here, don’t miss your chance to network and become.”

Natasha T Miller is a Detroit, MI native, author, performance poet, LGBTQ activist, film producer, and founder of the “Artists Inn Detroit.” Natasha has been a member of four national slam teams, starred in a national Sprite commercial, a Shinola CNN ad, and she is a Women of the World Poetry Slam 3-time-top five finalist. She has awed audiences across the world at more than a hundred universities, and venues, performing in stadiums for as many as thirty thousand people.

She has been featured in magazines such as Vogue, Entrepreneur Mag, and many more. Natasha’s full length poetry manuscript Butcher was recently published by Button Poetry. Butcher is a collection of poems dedicated to the loss of Natasha’s brother, Marcus, grief, sexual identity, and success. Natasha currently tours the world digitally, using her words to enlighten, create equality, and most importantly, spread truth and forgiveness in the tradition of so many great leaders before her.

Natasha T. Miller: I Bring Me To The Table