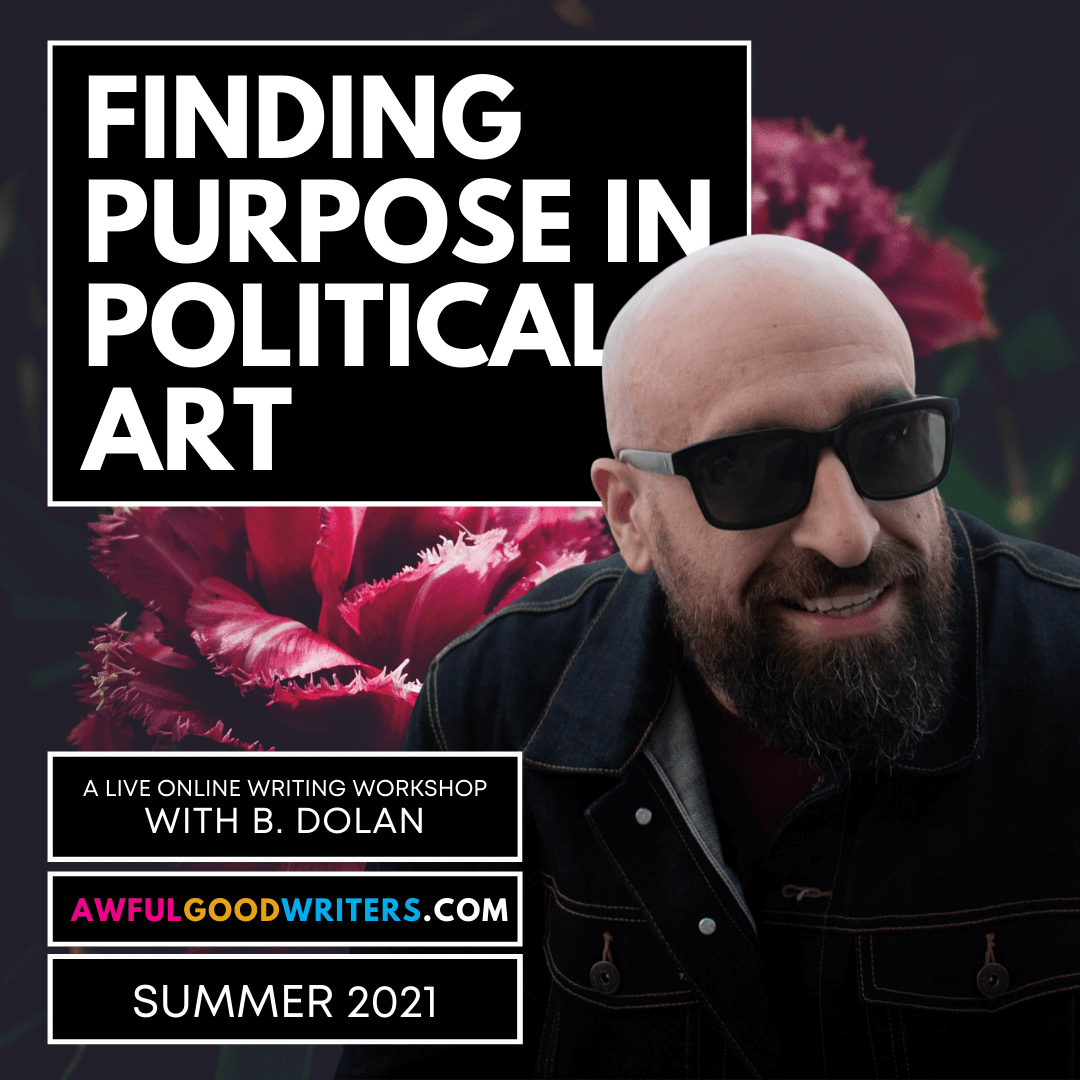 Reckon with the personal nature of political art

Finding Purpose in Political Art will offer an overview of what I see as common challenges in creating, labeling, and approaching political art. This course will help writers locate themselves within the political conversations being had, and reckon with the ultimately personal nature of giving voice to this type of material.

No topics will be off-limits, and we’ll keep an eye out for hypocrisy and blowhard-ism within the entertainment profession.

It’s my hope that those enrolled will come away with a wider perspective of political art, and a deeper understanding of their personal relationship to it as a creative and engaged human being.

B. Dolan is an American rapper, spoken word artist, activist, and screenwriter based in Providence, Rhode Island.

As a musician, he’s the composer of five LPs (released by Strange Famous Records and Speech Development in Europe), as well as the independently released “House of Bees” mixtape series and “We Show Up” Live album with Buddy Peace. His most recent LP is the instrumental score for the film “VAULT”, a Lionsgate film he received co-writing credit for.

Dolan maintained a rigorous international touring schedule from 2005-2020, routinely racking up hundreds of shows per year between the U.S. and Europe. He shared stages throughout with his friend and label boss Sage Francis, first as an opener and later as a group member in their collaborative side project. In between he headlined international club shows and Greek Antifa events, featured on hip-hop mega-festivals and slept on floors in Anarchist squats.

As an activist, Dolan is known as the co-founder of Knowmore.org (now functioning as CorporateBehavior.org) where he’s advocated for corporate accountability to the public for over a decade, leading most notably to a battle with Dov Charney, deposed CEO of American Apparel. He is also the creator of the viral hashtags #FilmThePolice (via his 2011 song of the same name) and #MakeRacistsAfraidAgain.

He continues to handle all aspects of his creative output and businesses from his home in Rhode Island.