Taalam Acey: The Art and Business of Spoken Word

The Art and Business of Spoken Word is a creative writing and business  workshop series with Taalam Acey.

Join a supportive, encouraging environment that features feedback on your poems and vision. Each week, you’ll advance your writing chops, voice, and possibilities.

The Art and Business of Spoken Word includes four sessions, once a week, of live, online 90-minute classes and interaction. Classes consist of lectures, team salons, prompts and guest speakers that will enhance your writing skills and invigorate your branding.

“You have so, so much inspired me with your Spoken Word” said the legendary Stevie Wonder, while interviewing Taalam Acey, during Wonder’s own birthday celebration in May 2008.

Taalam Acey is an American spoken-word artist. He began pursuing the art in 1997 after visiting a poetry reading upon the invitation of a friend. At that point in his life, Acey was a full-time lecturer in senior level accounting at Rutgers University and a principal partner in a small business consulting firm. In 1999, Acey left Rutgers University to become a full-time performance poet. Each year, he travels to more than 50 cities in the United States and abroad to share his art and perspectives with enthralled audiences.

Acey, a child of the Newark Rebellion, was raised by a single mother who served as a member of the famed writer and activist Imamu Amiri Baraka’s community organization. Acey is an independent artist whose work has been featured frequently on TV One as well as the Documentary Channel and was selected as the original “number one thing you need to know about” on BET’s countdown show, “The 5ive.”

Over the years, BET has featured and aired roughly a half dozen segments featuring Taalam Acey. The Newark, NJ native’s poetry has appeared in Essence Magazine and Susan Taylor, the magazine’s Editor Emeritus, personally invited Acey to perform for an audience of six thousand at The Essence Music Festival in New Orleans. Acey was a curator of the 2012 Geraldine R. Dodge Poetry Festival (the largest poetry gathering in North America) and was selected as the initial presenter for the inaugural Baltimore TEDx. 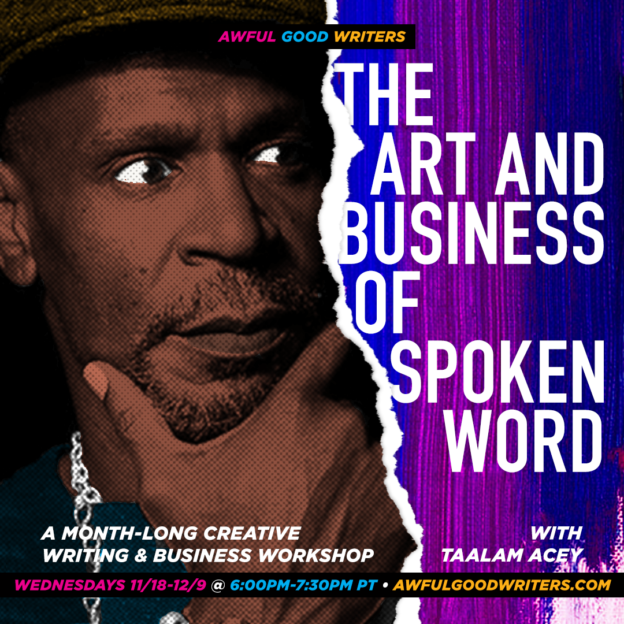 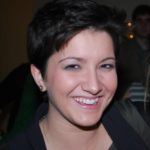 +5 enrolled
Not Enrolled
This course is currently closed150