Sam Rush: Then Somebody Named the Sky

When the unsayable becomes the said

In this workshop we’ll explore the magic of naming, what is gained and what is lost when the unsayable becomes the said. You can expect example poems and discussions, some short readings on craft, and etymology and linguistic theory-inspired thought experiments and writing prompts, all designed to inspire you to explore the landscape of all that lives named and unnamed in you.

Sam Rush began writing poems after developing progressive hearing loss and realizing how many words each word could be. Sam was a finalist at the National Poetry Slam as a member of The House Slam team in 2016. Sam’s work has been featured in Muzzle, The Offing, The Journal, and elsewhere. Their first full-length collection, SWALLOW (Sibling Rivalry Press) is set to be released in February 2021. 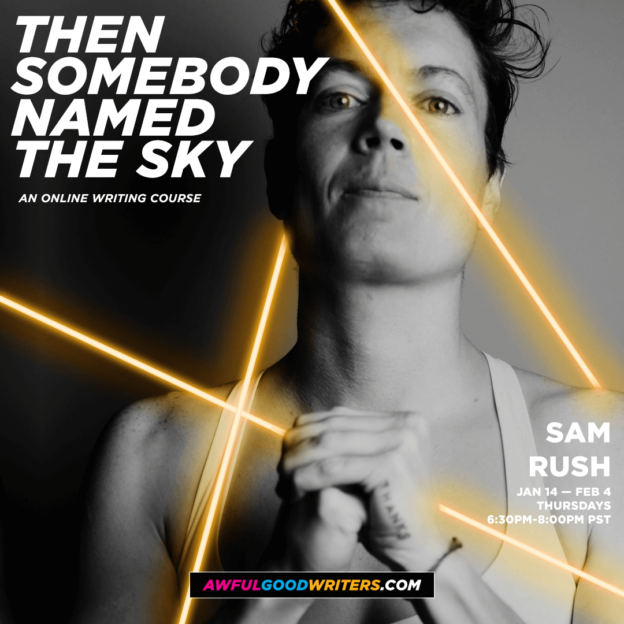 +28 enrolled
Not Enrolled
This course is currently closed150