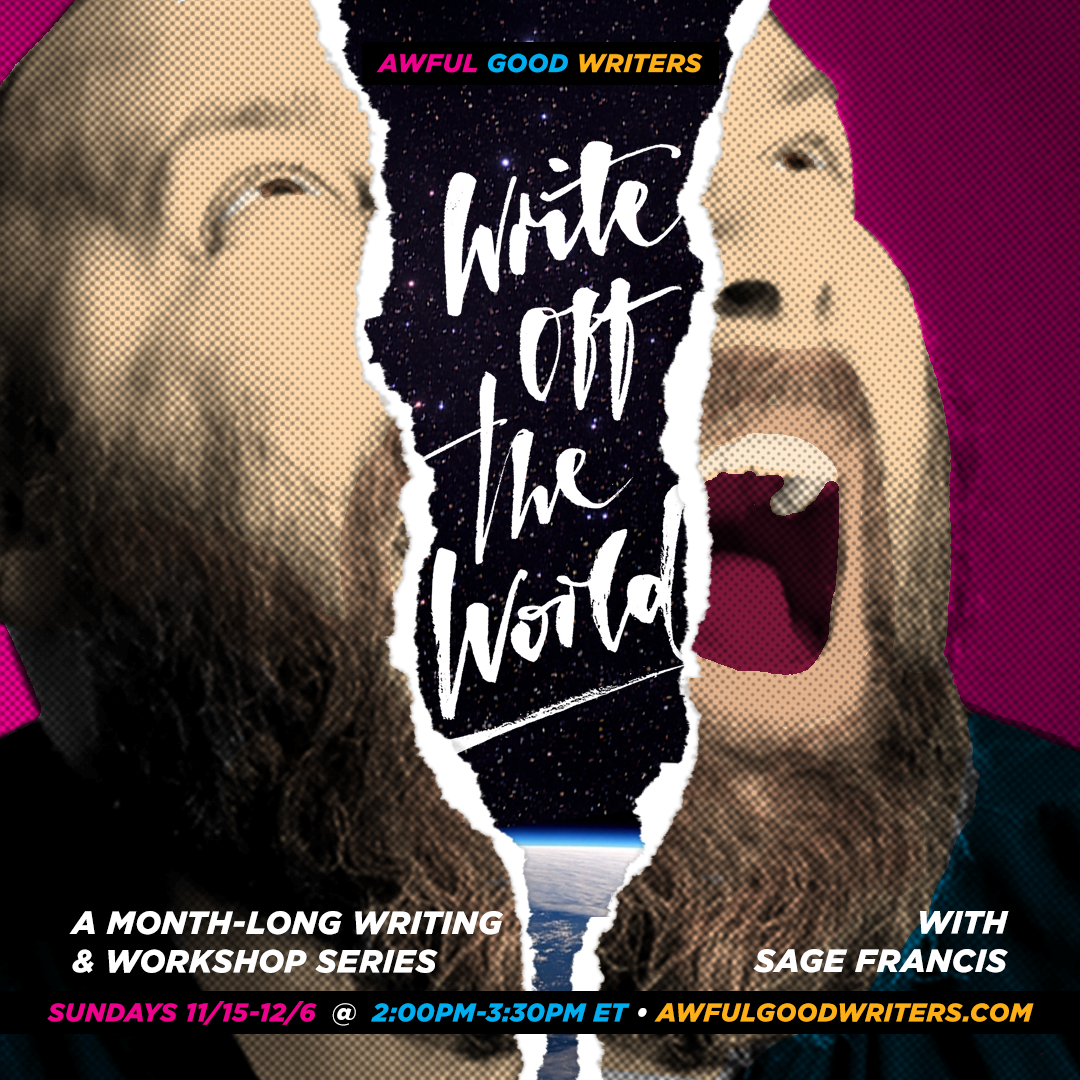 Sage Francis: Write Off the World

A Writing and Performance Workshop Series by SAGE FRANCIS

One day a week, for one month, with a total of four 90-minute workshops.

What will be covered in this course

LIMITED REGISTRATION — We will cap this workshop off at 100 people total. Sage Francis wants the opportunity for several one-on-one interactions outside of the designated workshop hours. The capacity limit is necessary to ensure nothing gets rushed. Sage intends on interacting with each participant to help them improve their writing, performance, and/or career development.

“WRITE OFF THE WORLD” includes

Sage Francis is widely considered one of our generation’s greatest lyricists. His career derives mainly from gifted wordplay which creates vivid narratives to instigate as well as inspire, but since it often derives from an accumulation of public disdain and personal turmoil, it’s more about storming the castle than about watching the throne.

Dubbed as the “forefather of indie-hop,” Francis originally earned acclaim in the early 2000’s by winning the most highly coveted titles of the emcee battle circuit. With little to no funding, Francis sustained himself by selling his innovative “Sick of” mixtapes, all made by hand on the floor of his Providence, RI apartment. These were essentially bootleg compilations full of select recordings from his 12” vinyl singles, demo sessions, live performances and radio freestyles. The popularity of these tapes birthed Strange Famous Records (SFR); a meager, one-man operation in 1999. 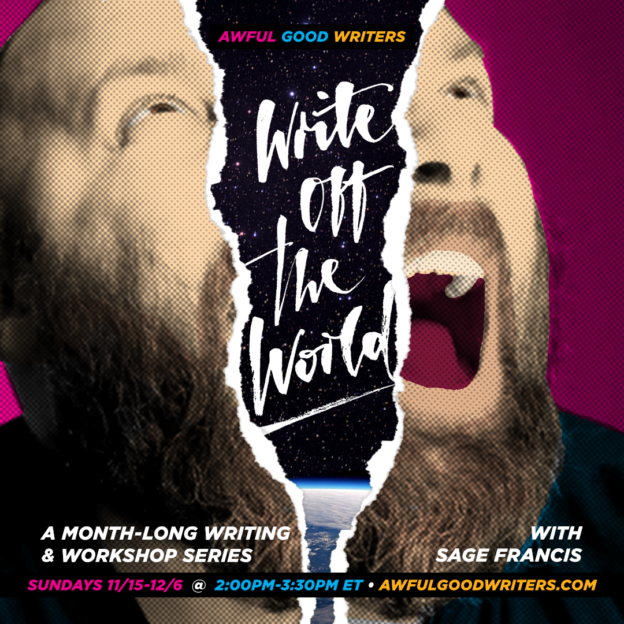 +97 enrolled
Not Enrolled
This course is currently closed150