You’re spelling all of those wrong.

You’re a Creative Professional. I’m going to prove it and show you how to load your toolbox and properly identify all the gifts you have that make you you.

Using video snippets of Tobe Nwigwe (and maybe a few other surprises) I will show you how amazing you really are, and arm you with what you need to go, glow, and grow (yes, even during a pandemic). We will have writing prompts, performance prompts, business prompts, discussion groups on YOUR art and how to identify it, feed it, and master it.

This master class is for all levels of artists. Your primary requirement is an open mind, a fresh notebook, and a preparedness to do the inner work. By the end of our time together, you will have defined what is needed in your specific art form in order for you to go beyond beginner level, identified your primary and secondary art lanes, created a minimum of three pieces of art in your medium, and devised a 12-month plan to achieve your artistic goals.

An Emmy and NAACP Image Award Nominee, Ed has been on seasons 3, 5 and 6 of Verses and Flow (TV One), as well as appearing on broadcasts on ABC, FOX, HBO All Def Digital, Crackle, CNN and C-SPAN. Ed was a speaker at 2015 TEDx Dayton and 2017 TEDx Evans Street.

As the 2019 APCA Spoken Word Artist of the Year, Ed performed and taught at over 200 colleges and universities around the country. Ed is also a Pushcart Nominee and a Watering Hole Fellow. On the comedy front, Ed has opened for DL Hughley, Ian Bagg, Johnny Milwater, Rob Schneider, Roy Wood Jr, the late Charlie Murphy, Margaret Cho, the late Dick Gregory, Jackie Kashian, and many more.

Ed is a two-time finalist in the World Series of Comedy held in Las Vegas, and a finalist in the Kenan Thompson Ultimate Comedy Experience. Ed has been commissioned to write speeches for the National Civil Rights Museum Freedom Awards in 2017, 2018, 2019. Also, he has been the voice of companies ranging from The Ohio State Medical Center, McDonalds to Lexus. 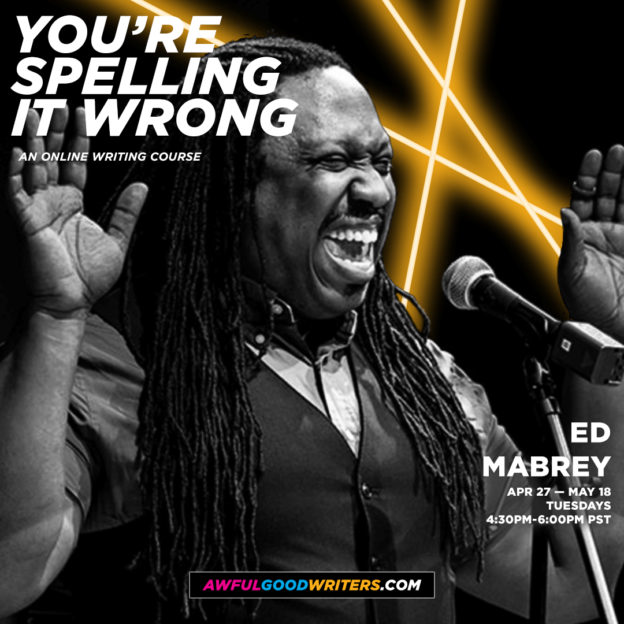