Alchemy, the ancient craft in which practitioners transform something of little worth into gold, is comparable to the craft of writing. This workshop is designed to activate the human imagination and invites participants to transform how they view and practice language.

This series begins by exploring writing technology and equips writers with the spells to create transformative poems that build human connections through vulnerability.

In this course, students can expect to develop an idea into a complete poem, explore the craft of editing, and learn how to use a poem as a tool for personal transformation.

Ben Yisrael is a performance poet, storyteller, and writer. Among his performance accomplishments are the 2010 Dallas Poetry Grind Slam Champion, the 2012 Individual World Poetry Slam 17th ranked poet, the 2014 NPS Haiku Champion, and 2017 & 2019 Seattle Poetry Slam Grand Slam Champion. He is the co-founder of Mic Check, one of the longest-running poetry readings in Texas, and is a founder and curator at Alchemy Poetry Series in Seattle, WA. 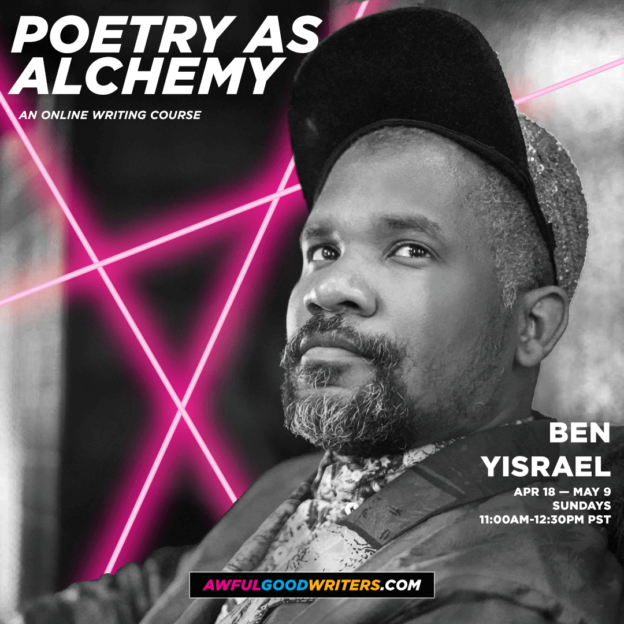